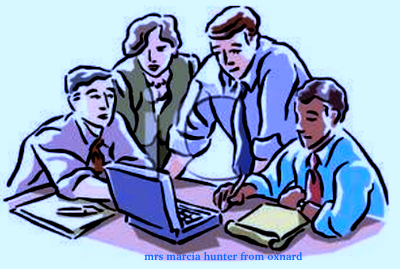 Competition for the 2017 Democratic National Committee (DNC) Chair is strong and full of progressive democrats displaying their abilities. This author believes the person deserving of the DNC seat should be capable of standing up to and able to resist the Nazi [in the White House] under no uncertain terms while simultaneously devising a platform that Democrat, Independent, and Republican voters can get behind. This person should be willing to step forward and not worry about their present position. Our democracy is in downfall and we need to catch it before the nation completely spirals out of control!

The person who runs the DNC must be willing and able to cut the white working class bull suggesting Hillary Clinton’s platform did not appeal to those workers. That claim is utterly false!! The fact of the matter is Hillary's platform included EVERYONE!! That’s EVERYONE!! Including the rich who also prosper when the poor and middle classes do well even though those at the top are made to pay their fair share of taxes!!

Democrats need to start owning the fact that in addition to receiving 3 million (counted votes) more than #CrookedDonaldTrump, Hillary *won* the #2016Election but was cheated out of the White House by swing state Republican enacted voter suppression AND ballot tampering! The media enabled the widespread voter suppression and ballot tampering that occurred before, during, and after Election Day, and those so-called journalists also chose to ignore Jill Stein’s vote recount effort despite the fact that the Trump camp was committing acts against that processes such as intimidating county assessor employees and insisting on exorbitant fees be imposed on ordinary citizens attempting to file petitions for said recounts. Democrats need wake up, ditch the right wing narrative and talking points, and start forcefully putting forth their own narratives based on the facts! The person who states those truths and rejects the false narrative that Hillary did not appeal to white working class or that she lost the election because her policies lacked inclusivity is the one who should lead the Democratic Party!! We need someone to stand up to voter suppression and ballot tampering! Someone who can walk and chew gum at the same time! Someone who lacks fear of saying the wrong thing because a few people's feelings might get hurt––America’s noses are practically drowning in fear and pain right now!!

The leader should be prepared to accept the fact that he or she might have to deep-six the concern about being so dang politically correct and or diplomatic all the time and vie to bash evil in the nose whenever situations call for it!!

Trump (*45) and his white supremacist cohorts don’t care about political correctness so Democrats need to start fighting fire with fire until we get to a place where the country can once again breathe air minus the racist stench currently invading our lungs!! We need a *real* fighter, for Pete’s sake, because you’d have to be living under a rock right now not to understand the United States has fallen into a deep haunting abyss and ain't gonna climb back out just because candidates are seeking favor and votes! We need a true leader––a person who really has the entire country's well-being at heart––to step up, take the bull by the horn, and persistently swing it in every direction necessary to knock out the Nazi along with the unsavory riffraff that accompanies his presence!!!

There’s probably not a citizen, or at least not many, in this country who ever thought our Democracy could be overtaken by a Russian cell… But that is in effect what is happening!! We are in the midst of a coup from which nice talk and manners will not save us! And one other thing, as a cherry on top, the leader should have a strong opinion about getting rid of the electoral college! This inundated group that apparently, despite its title, lacks collegiate know how, has now let down the American people on two occasions in recent history wherein both instances have caused unnecessary self-inflicted wounds to our Democracy!!

Feel free to bookmark this site to keep up with new posts, checking back regularly to see catch the additions, and following Kitty@RipItToShreds on Twitter.