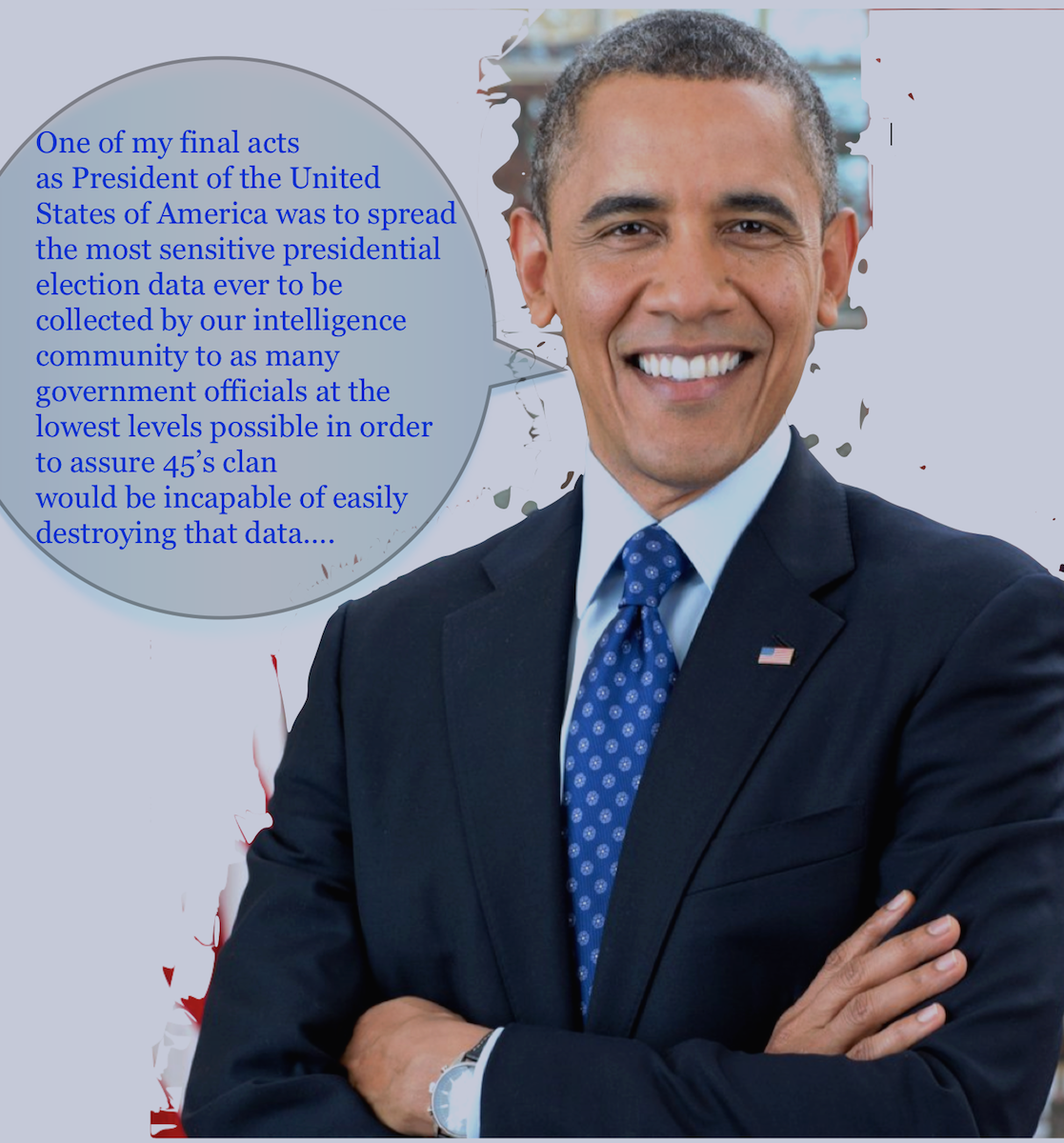 Tapping Trump was never my game however it was my duty to protect our nation's intelligence communities' Russian hacking data.

Well, at least Chris Matthews of MSNBC is still admitting he does not know how to cover Donald Trump [*45] when reporting what’s going on at the White House. During Matthews’ March 6, 2017 program, he even went as far as to admit trying to cover Trump the way he covers anyone else. What Matthews fails to see, or at least did not state in that moment, is that simply examining his words reveals his reporting problem. *45 is not like any other person. He is not normal. Thus, trying to cover him as a normal person will always birth poor results. This goes for Matthews and all other reporters.

March 1, 2017 reports by the New York Times (Obama aides left a trail of intelligence on Russian election hacking) and the Washington Post that (Sessions met with Russian envoy twice last year, encounters he later did not disclose) triggered social media and political news outlets, which apparently led to triggering an irate Donald Trump who had given a State Address the previous Tuesday and thought his performance had left his White House takeover in a good place.

Although the Times’ report that President Obama had given last minute orders to disperse and preserve information obtained by the intelligence community regarding contacts Trump campaign members had with Russian officials gained much deserved traction the Post’s story seemed more urgent––likely because (now) Attorney General Jeff Sessions was in line to head an investigation that involved Russia’s interference in the 2016 election which meant delving into the same intelligence information President Obama had foresight to protect!

The Post’s report brought to the fore that Trump’s nominee (then) Senator Sessions (R-Ala.), had perjured himself in February during his confirmation hearing to become Attorney General as he testified before the Senate Judiciary Committee. During his testimony, Sessions failed to disclose conversations he had with Russian Ambassador, Sergey Kislyak but instead, clearly stated that as a Trump surrogate he (Sessions) had no contact with the Russians. In furtherance, Sessions also provided an untruthful response regarding his Russian contacts during or after the 2016 election in a written questionnaire from Vermont Senator Patrick Leahy.

Confirmation hearing: Senator Al Franken asked Jeff Sessions what he would do if “there is any evidence that anyone affiliated with the Trump campaign communicated with the Russian government in the course of this (Trump’s) campaign.” Sessions replied, “I have been called a surrogate at a time or two in that campaign, and I didn’t have — did not have communications with the Russians, and I’m unable to comment on it.”

Written Questionnaire: In addition to his verbal denial, Sessions had also responded “No” in a written questionnaire [January 17] to a question asking whether or not he had any contact with anyone connected to any part of the Russian government regarding the 2016 election, either before or after Election Day. "

Social media immediately lit up with memes and text revelations that Sessions had, in fact, been on the #TrumpRussia campaign team. Moreover, as evidence has shown, Sessions has not been the only member of *45’s clan denying meetings with Russian officials. Even Trump himself had falsely stated that he nor any member of his team had met with any Russians [though eliminating Flynn who had already been proven to have lied about meeting with Russian Ambassador Kislyak].

This media frenzy, that vigorously continued for the next couple of days or so apparently led dissatisfaction to spew air from spiteful Trump’s fantasy bubble who in payback determined to douse the flames by taking to Twitter and unleashing a crazed line of unsubstantiated tweets. Beginning at 3:26 a. m. Eastern Time, Trump posted tweets comparing Obama and Session’s meetings with Kislyak and dissing Arnold Schwarzenneger for severing ties with “The Apprentice" television show. But more preposterous was Trump's falsely accusing former President Barack Obama of illegally tapping the Trump Tower during the 2016 presidential election campaign.

View Trump Tweets on Twitter here.
Reporters and the public who have come to better see through Trump’s red herring bait throws have begun to recognize what an adult tantrum looks like spewing from Trump caught on much quicker than others regarding what was actually going on here. Trump was using his usual mode of operation to change the subject because he could not handle the news cycle vying against him and taking away from his Tuesday night State Address which in his mind was so great he wanted to let it savor for a while prior to releasing the latest version of a Muslim ban his Administration had earlier claimed would be released on Wednesday.

The polar side of those paying attention and learning to recognize Trump’s antics were minions and fools with their heads in the sand otherwise know as ‘suckers’!! The most extreme of these suckers took to social media as well as ‘news’ programs to defend *45’s words and concerns! What a hoot!! As hilarious as this might have been if the United States of America really had become a reality television show, having to live through *45’s childish, hysterical, unhinged antics in actual reality leaves little room for laughter.

Reading and listening to journalists, pundits, and just about every scheme of persons on social media it occurred to this author that no one was accurately assembling the crazy pieces to this grownup baby puzzle. Everyone seemed
Continue in next column...


to be missing a ‘huge’ aspect of the ‘real’ point! And what is that you ask?? The part where Donald Trump used this moment to get back at Barack Obama!!

Here is a rundown of what most suggested were reasons for *45’s accusatory tapping tweets:

Missing from all said suggestions was the fact that the Times had reported that President Barack Obama had dispersed classified intelligence documentation throughout government agencies and to as many lower level employees with appropriate clearance as possible in the short time he had remaining to make certain Trump and his clan could not easily douse that data! That story showed that Barack Obama, even while preparing to leave the White House as our president, had the foresight to fight Trump as a civilian.


Now seriously, folks––anyone who did not realize there would be hell to pay over President Obama’s outstandingly perfect chess move is simply having too difficult a time understanding how Trump’s mind works despite seeing him in action for at least two years now!

Trump ‘HAD’ to hit Barack Obama!!

*45 BELIEVES in payback!! He lay in wait like prey ready for the kill and when the moment was ripe wherein he needed to change the subject, he unleashed this outlandish attack on President Obama to get back at him for dispersing intelligence data!! Within *45’s psyche there appears to be a code that insists he get back at others when, at least in his mind, he has been wronged. Remember, Trump stated several times during the Republican primaries that he hits folks if they hit him only he hits back harder!

Why is everyone missing this!!??

This author says, “Come on people… Get with the program!!!”

Feel free to bookmark this site to keep up with new posts, checking back regularly to catch new additions, and following Kitty@RipItToShreds on Twitter. You can also leave comments in the Rip It! Forum to the right!!